If you are in the vicinity of Tulum, Playa del Carmen or Cancun, chances are you will hear a bit of talk around town about Chichen Itza, a world famous archaeological site and a great day trip from the Mexican Rivera. You know, for when you get sick of the golden sand and turquoise water. 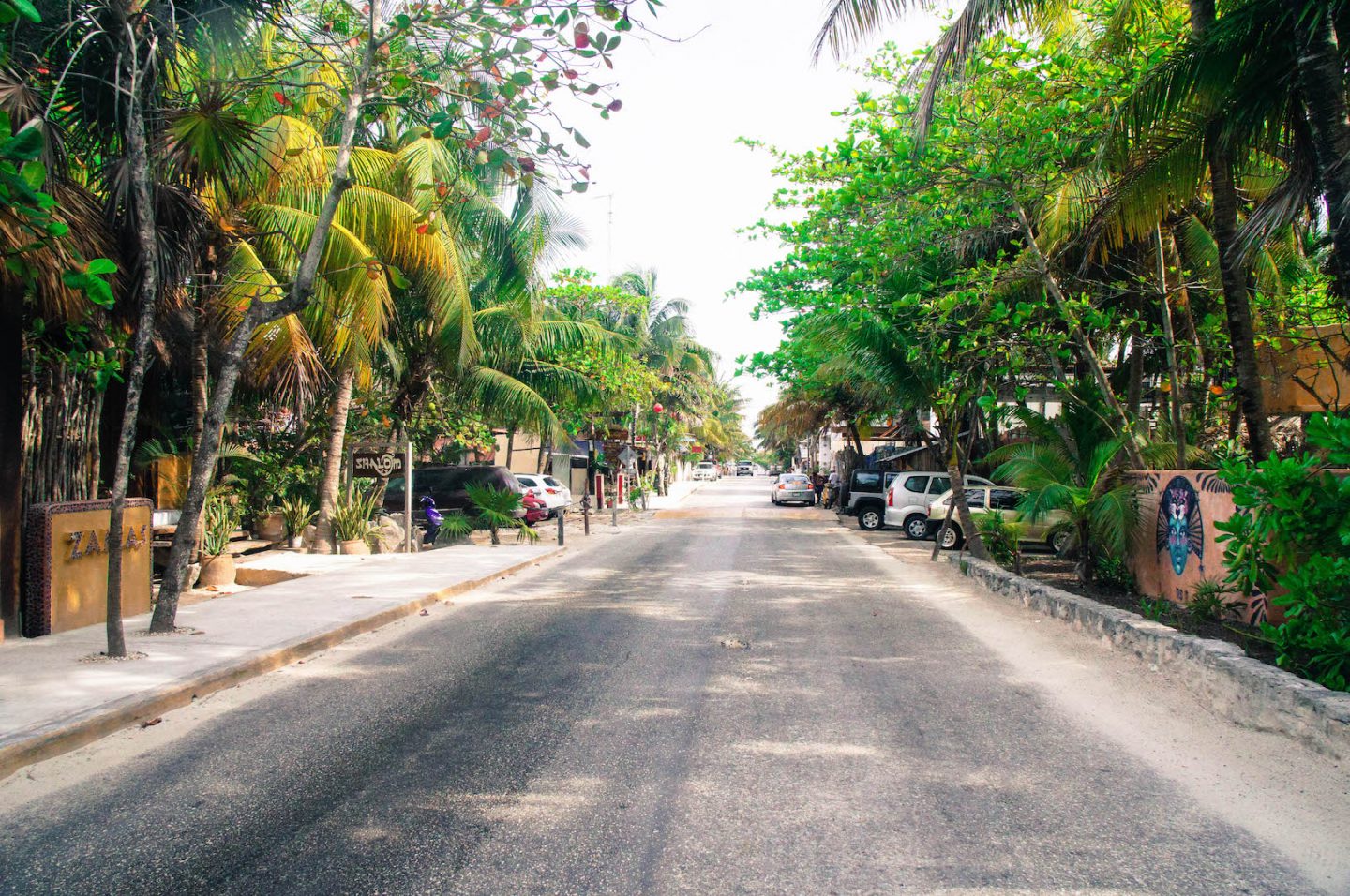 Seeing as it is undoubtedly the most recognized of all the Mayan Ruins, a UNESCO World Heritage Site and now one of the New 7 Wonders of the World, it would have been brash of me not to visit. So like an eager beaver, I set my alarm the night before for 5 am and went to sleep before I could regret it. 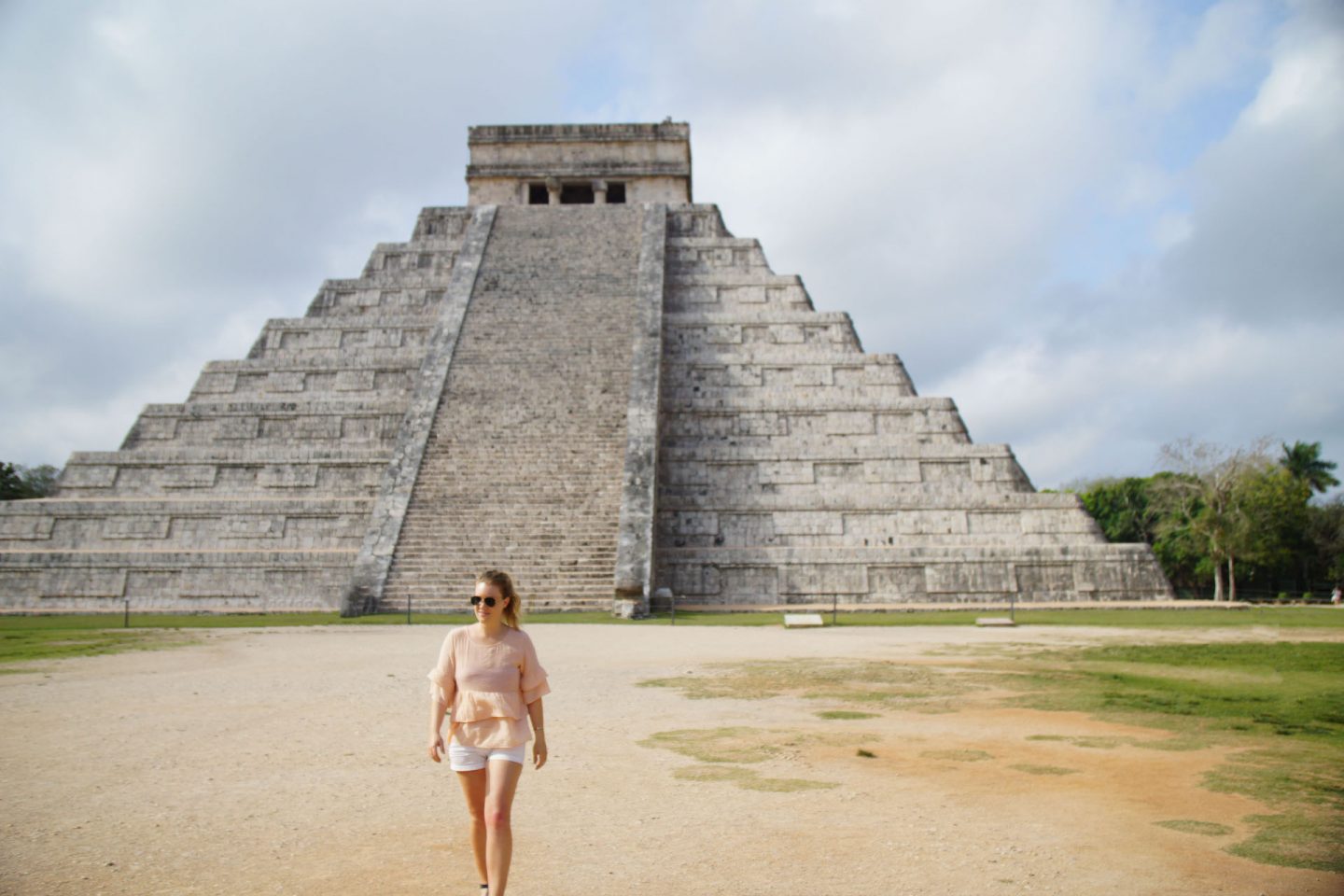 Prepare for a Drive

There are a couple ways to get you to Chichen Itza. From Tulum, you can catch the ADO bus from the town center … It costs about $20 USD and will take around two hours to get there with a short stop in Valladolid, a small town I recommend checking out. There are also the many tour bus groups as well as private taxis your hotel can organize.

We (more like I) decided we wanted to leave very early, as in 6 am early, so we would arrive at the ruins when they open at 8 am and beat the crowds and the touristy stalls.

I guess I also thought if we left early enough we could make it back before the end of the days for some precious beach time. 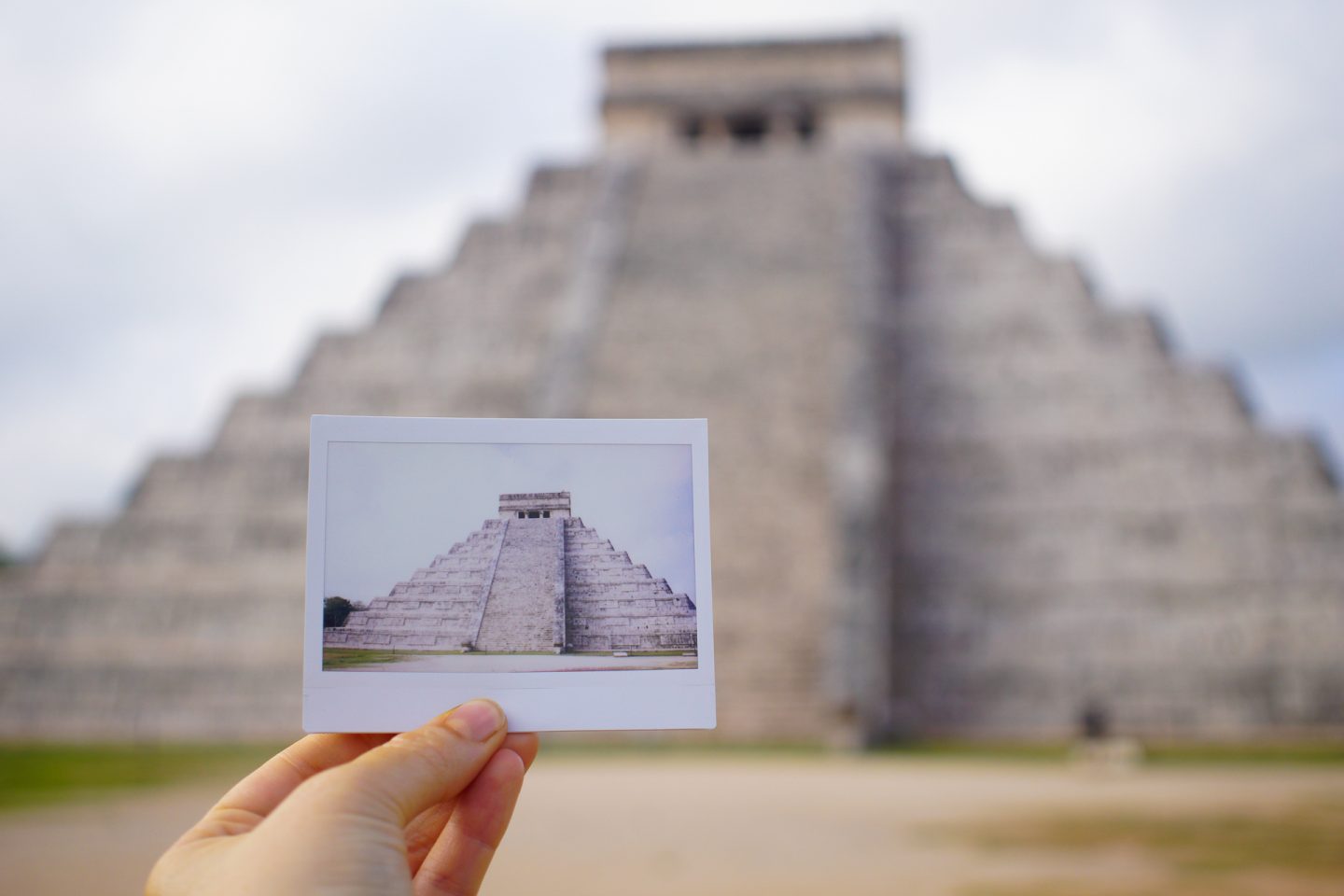 Beat the Crowds and Get There Early, But Not Too Early

Simon, our driver arrived right on time the next morning and we were on the road by 6 am. Both David and I were passed out in the back by 6:08. As we arrived 2 hours later, I was quite excited to see we were the first car in line at the boom gate. After waiting a couple minutes or so, we expected the boom gate to lift. Nothing happened. We finally worked out with our driver between our non-existent Spanish and his broken English, it was in fact still only 7 am.

Sometime during our snoring and sleeping in the back of the car, we had managed to cross over time zones between Quintana Roo and Yucatan and gained an hour. Not only had we gotten up an hour earlier than we needed to, we also had to just hang out in the car until opening. On the bright side, we would still be first!

And thank goodness for that, as the first ones through the gate we had a pretty clear view for taking photos. An hour later, the buses had all arrived and crowds of tourists gathered around the base of the pyramid like a swarm of bees.

We walked around, did our thing and were ready to leave just in time to miss more crowds. 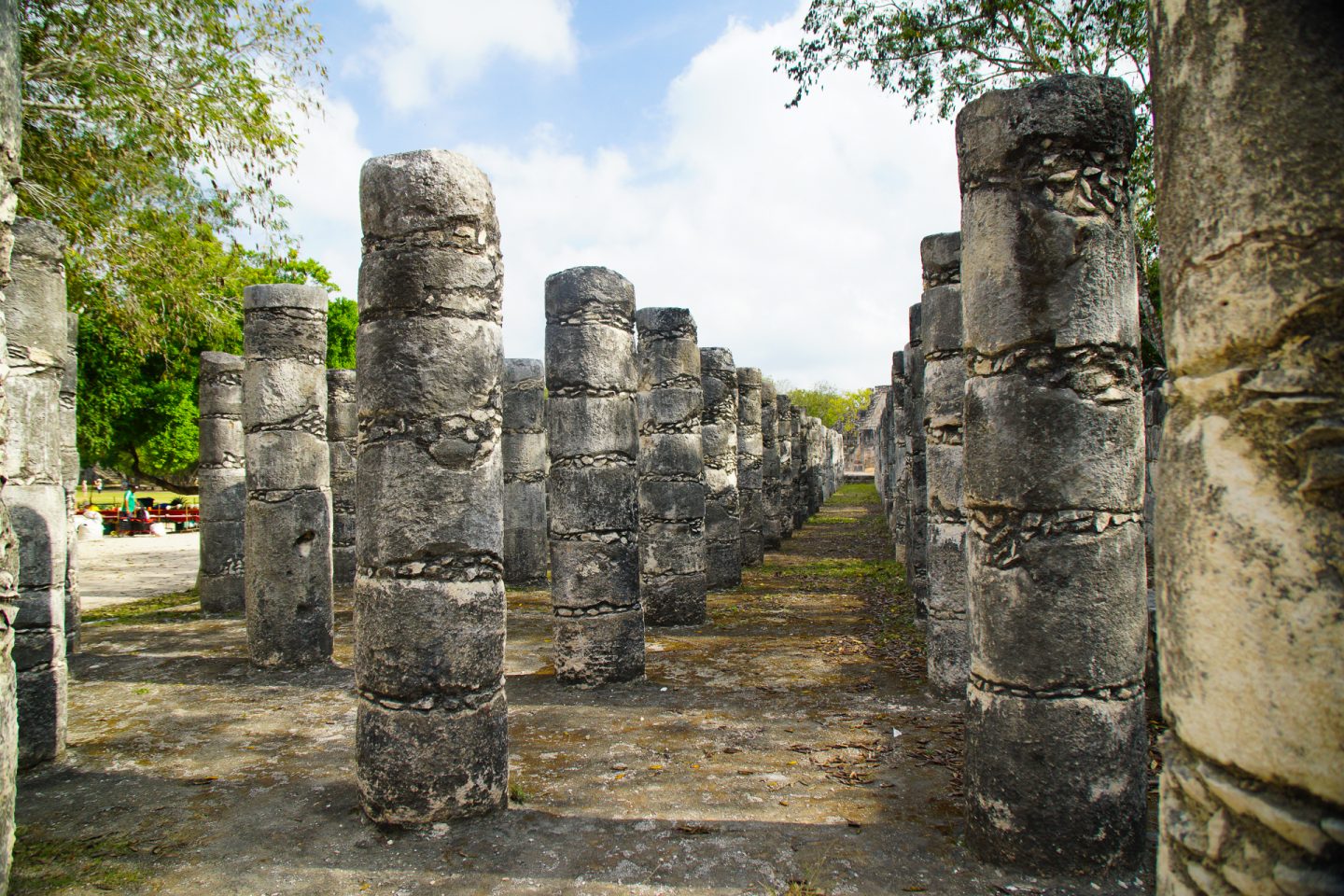 El Castillo is the pyramid that dominates the center of the archeological site and many would know it by pictures online without realizing. But there are also many other parts of the ruins so be sure to walk around. Or fall behind a tour group and get the gist of the history. 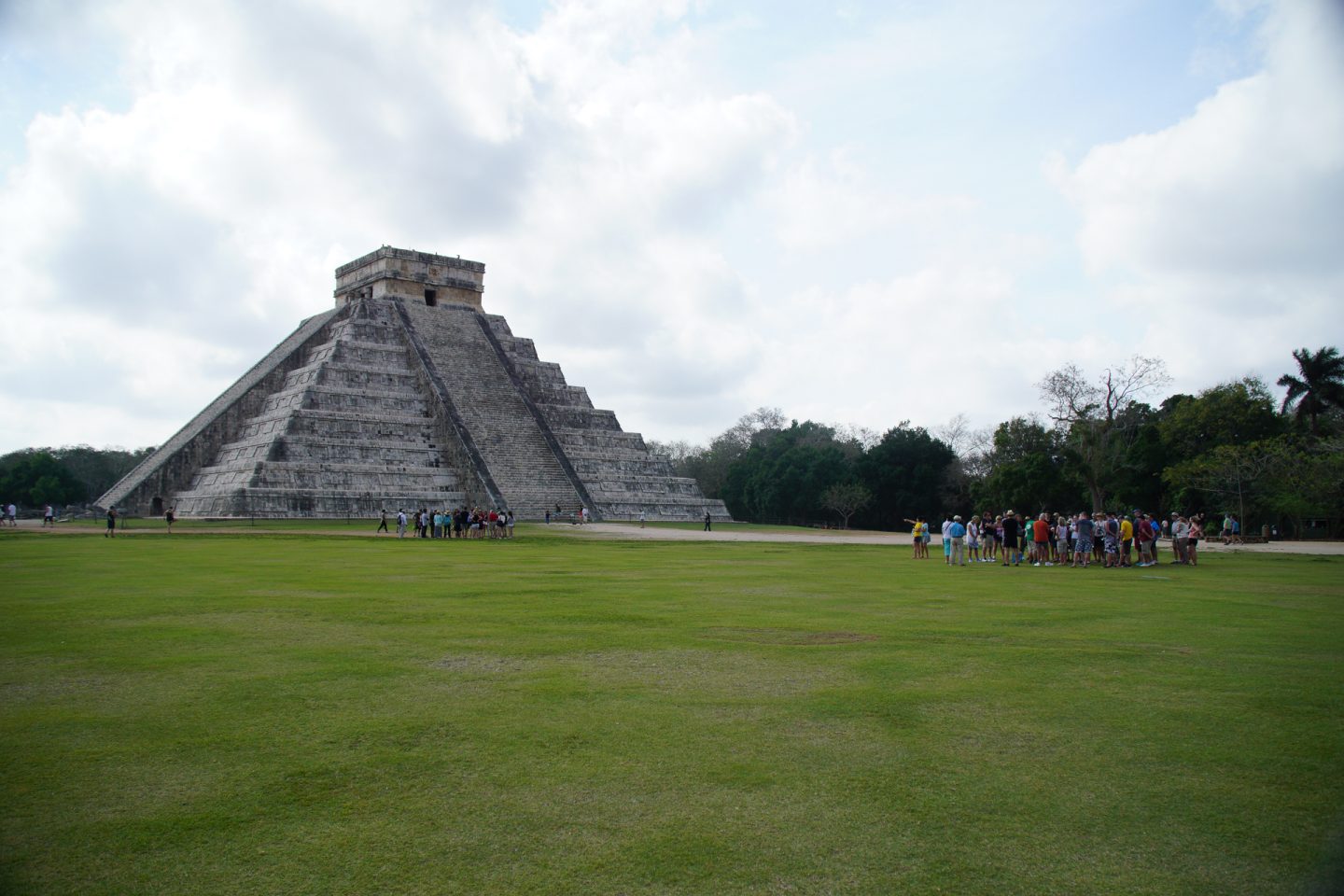 As we walked out, all the locals had set up their stalls with various trinkets to sell to tourists, which we had completely missed when we came in.

Simon, our driver, was patiently waiting to take us on to the next site, Ik Kil Cenote (we were also racing the crowds there too).

Chichen Itza is one of those places you will be glad you ticked off the bucket lists even if you didn’t think it was on there. Just be sure to check the time zones before waking up at 5 am on vacation. 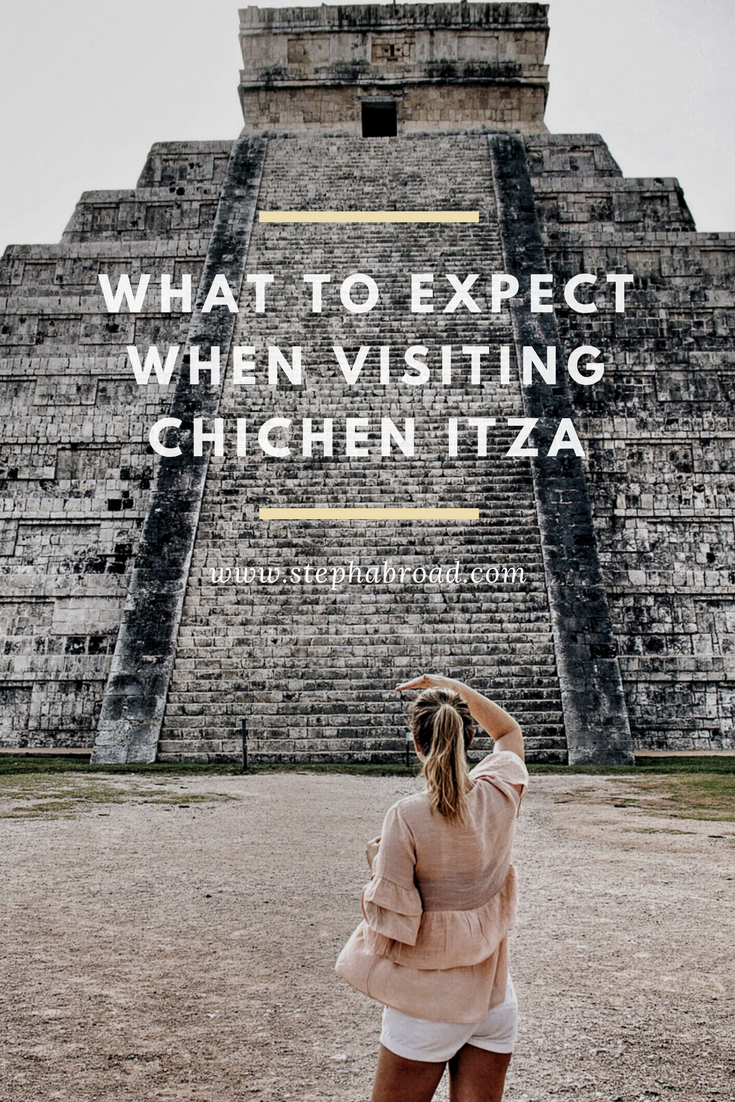