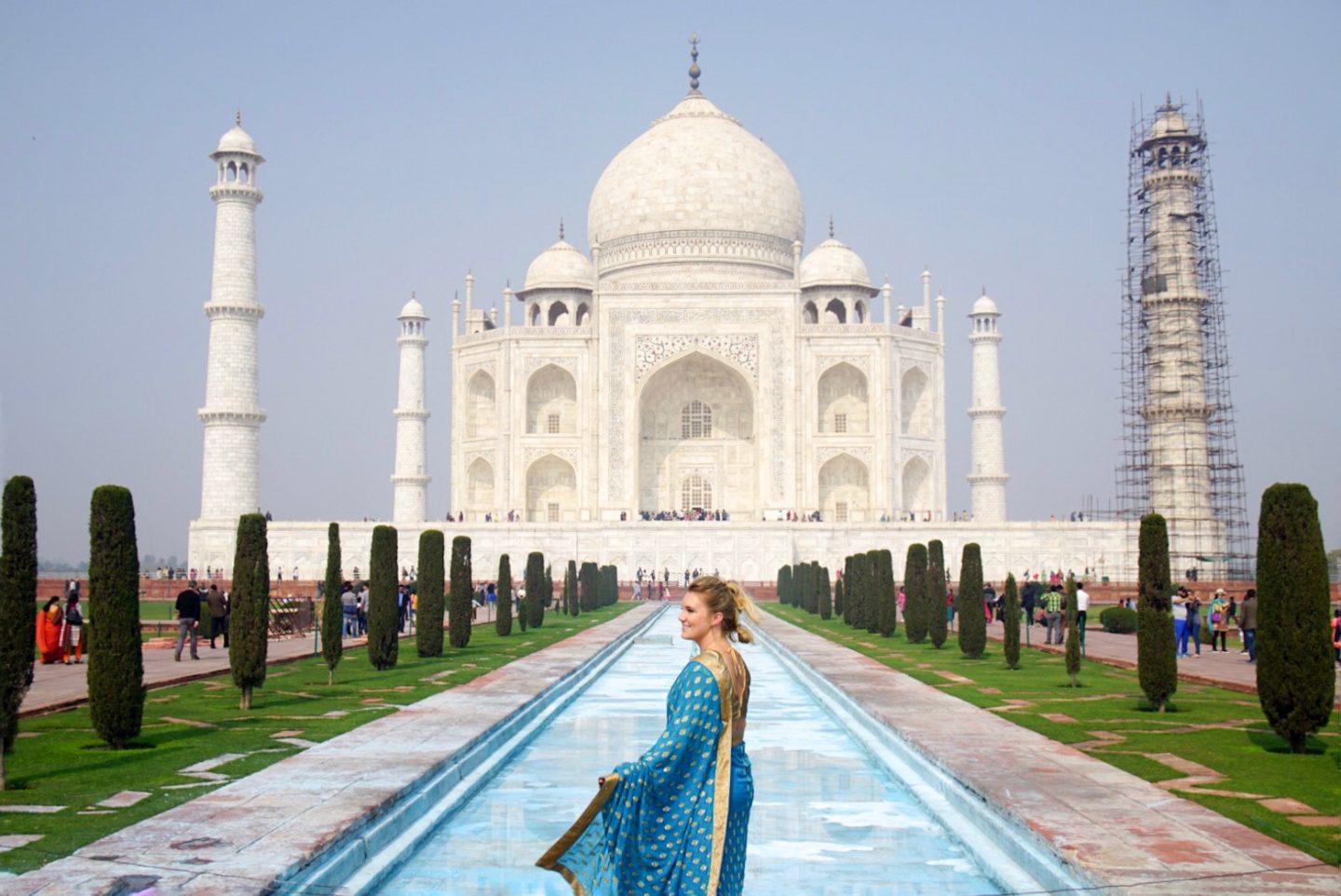 While India has always been on my list (let’s be honest, where isn’t on my list) I wasn’t sure when and how I would actually make it there. So when an opportunity presented itself, I took to it like a moth to a flame.

Heading to India for the first time can be both exciting and daunting at the same time. A place unlike anywhere I have ever before, it is a sensory overload that takes time to process even weeks after coming home.

India is a symphony of beeping horns, fast tongue Hindi, and carefree cows.

With 1.2 billion people living across the country, planning a trip to such a big place can be intimidating.

Not your average ‘European getaway’, India is uniquely beautiful with some magnificent culture, but it is also crowded and polluted

I highly recommend seeing through all the ‘warnings and concerns’ people think they know and seeing India for yourself because many of those warnings are unwarranted. There are also many ways to experience India ranging from luxury to backpacking.

So Where Do I Go?

Start with the Golden Triangle

The Golden Triangle describes three popular cities, Delhi, Jaipur, and Agra all easily accessible in a short amount of time and gives a great introduction into Indian culture.

Delhi, the largest of the three cities with 18 million people and second most popular city in the country, is also the capital of India. With large business hubs, embassies and consulates based in Delhi, the city feels more established in comparison to the other two.

What to check out in Delhi

Jaipur is the gateway to Rajasthan, ‘the land of colours’. The bright hues flow through the chaotic street traffic from the historic palaces and forts, to the old markets and into the handcrafted fabrics.

All the vibrancy of Jaipur

Not as popular as other cities in India, Agra is famous for what stands here rather than the city itself. The Taj Mahal is the star attraction and rightly so. Relativity a much ‘smaller’ town than Jaipur and Delhi, Agra has 1.2 million people. Given the outstanding grandeur of the Taj, the rest of the town is overlooked and it isn’t common to spend more than 1-2 nights there to see the beauty every light possible.

Agra, Home of the Taj Mahal

A few days travelling along the lines of the golden triangle will give you a satisfying depth of appreciation into Indian culture and provide what might be an unavoidable but altogether wonderful feast for the senses.

Most foreign nationals will need an e-Tourist visa to enter India. This is a relatively easy online process that requires a form and payment. It can only be completed within 2 weeks of travel to India and takes 72 hours to process with approval sent via email. The fee is dependent on country of passport. As an Australian, I was required to pay $48 USD for a visa that permits a single entry for up to 30 days. 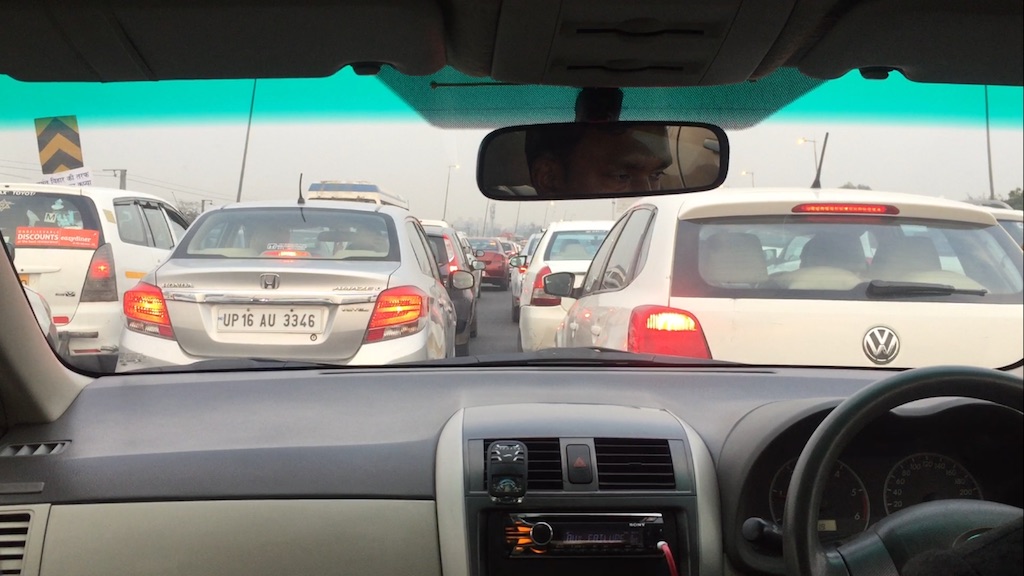 The traffic in India is berserk! Flat-out mad craziness. I couldn’t stop watching ( and laughing) with my hands over my eyes while peeking out through my fingers. There are lanes, but no one uses them. Indicators and speed limits are just a suggestion. And horn beeping is driver speak for “move over, I’m gonna squeeze through you and that big lorry truck”. Let’s just say if you’re a road-rager don’t go to India!

February, March, October and November. That is the time supposedly for perfect weather, but that means everything will be at the highest. I went at the end of January and had decent weather (except for the fog at the Taj Mahal). Make sure you look up any public holidays that may occur while you are there. We were there for Republic Day, which meant we couldn’t see the Red Fort due to celebrations. 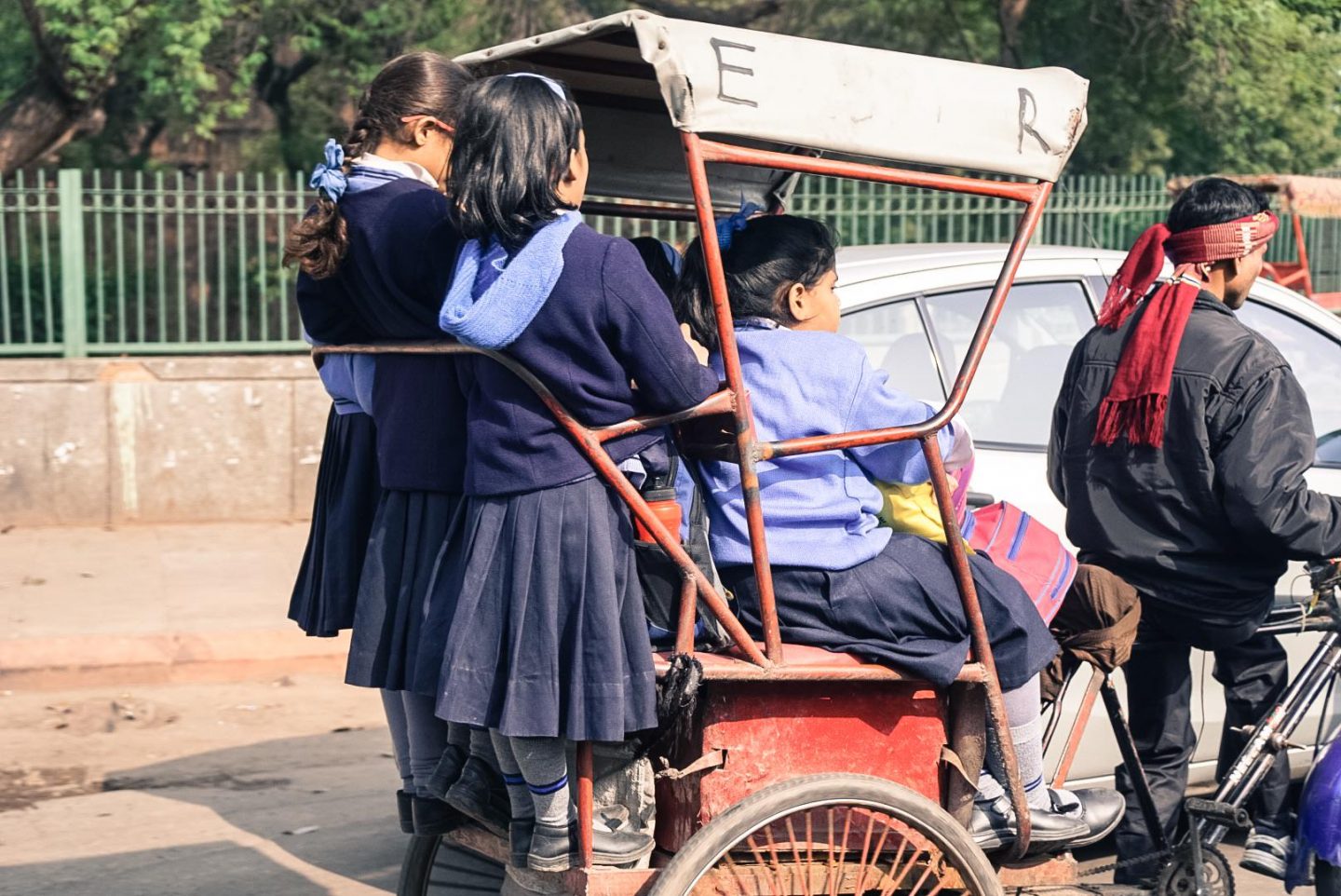 If you decide to make your way around the Golden Triangle, trains or cars will be your best options for getting around. I chose to do private cars since I did small trips from my base in Delhi.

While getting around the cities I used a combination of Uber, auto Rickshaws, and private cars. I felt more comfortable having local friends organizing the Rickshaws and suggesting private car companies, but the hotels are also very helpful when it comes to booking transport . If you do decided to take a Rickshaw, decided on a price before starting the ride. 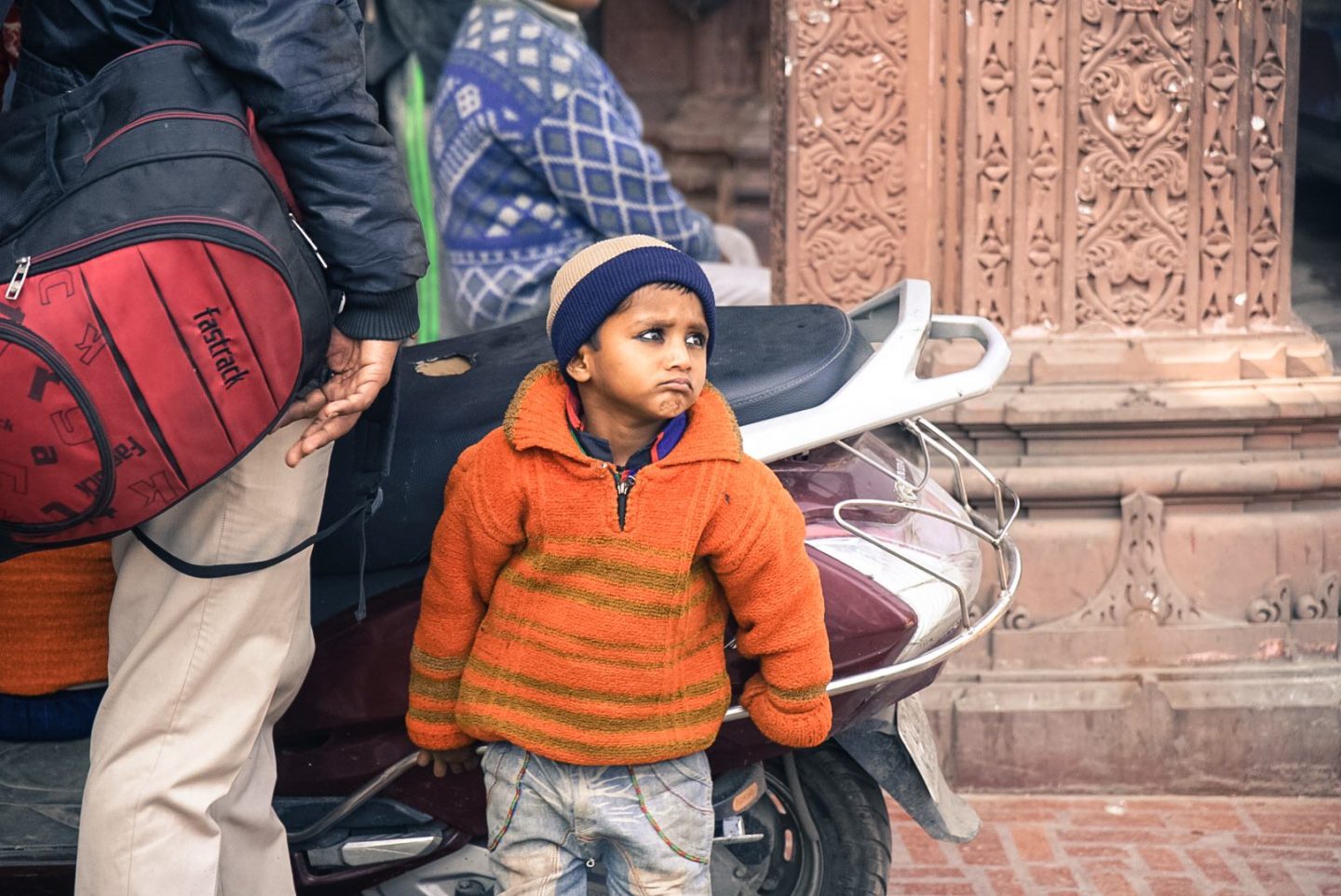 The locals are generally interested in foreigners. Some will smile, some will stare. If you feel uncomfortable with the staring, just move along.

Personal space is a foreign concept in India. Don’t be too concerned if you are in close proximity to people at times. Just keep your bag close and go with it.

Dressing appropriately will also help many situations. This is not the place to whip out the new cut out sundress or midriff top. Save those for the beach in Goa.

Locals will probably drink water from the public fountains, this doesn’t mean you should. The sanitary system is not as sophisticated as where you might be from. Always drink bottled water and avoid ice as it might be made with tap water. Carrying a pack of Imodium does help in the instance you are hit with a case of Delhi belly.

Always check with a doctor before leaving for holiday. I was required to get certain injections and take medication a few days before leaving. These included Malaria tablets.

The Indian government recently took the 500 and 1000 rupee out of circulation to fight corruption. With new notes in distribution, supply is short with daily limits at ATM’s.

I was only allowed to exchange $80 USD at the airport, which gave me about ₹5000. We also took USD with us and were able to give it to some Indian friends who exchanged it for us. Some places will also take USD.