It was once the stomping ground for Old Hollywood, a place for the glamorous movers and shakers to eat, drink and party far away from the prying eyes of paparazzi.

Hollywood’s desert playground saw the likes of Frank Sinatra, Elizabeth Taylor, Bob Hope and has gained popularity with celebrities and socialites once again a destination for laid-back cool.

But what many don’t know is that when they think Palm Springs, they are often referring to the entire desert. What they don’t realize is in addition to Palm Spring City there are also other little towns that make up the Palm Desert Area such as La Quinta!

Nestled in the Coachella Valley, perched on the edge of the Santa Rosa Mountains is the city of La Quinta.

Only a 2 hours drive from Los Angeles, wind your way on the 405 North through imposing mountain ranges that pan out emerging into open flat expansive desert. It really is a mirage. 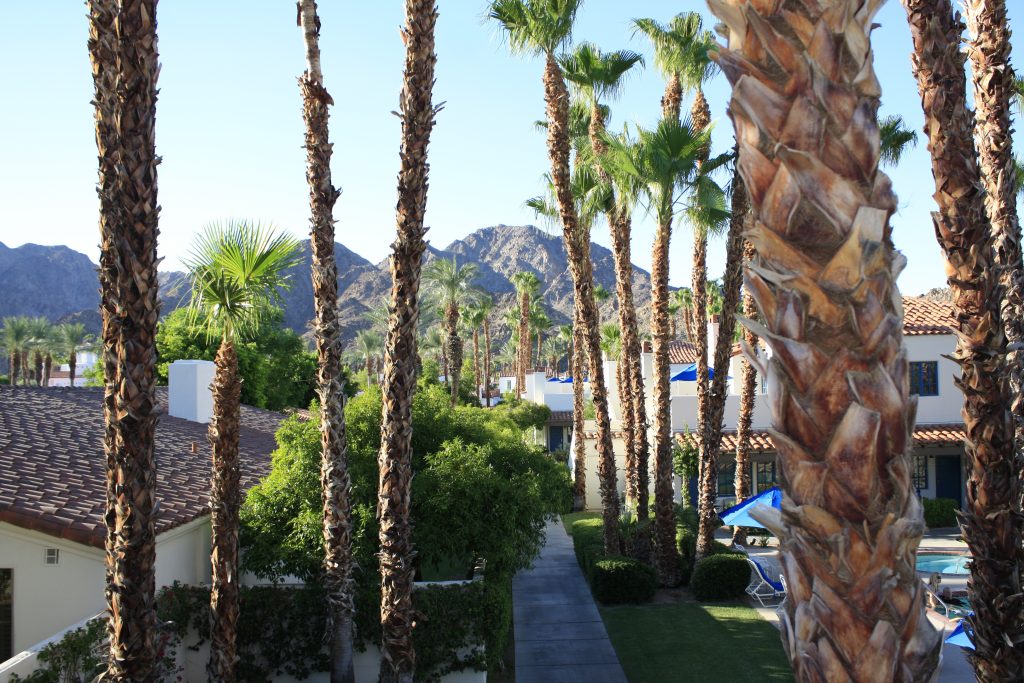 Even more of a vision is the movie like backdrop of palm tree lined streets set up against the snow-capped mountains with a blood orange sun setting behind.

With nearly 350 virtually cloudless days, its no wonder this “Gem in the Desert” is a popular winter escape.  Ironically peak season here is during the cooler winter months where the daily temperature averages between 16-31 (62-89 F) degrees Celsius. La Quinta fills up with tourists eager to escape their snowy hometowns.

The summer months can be humid and 40-degree (104F) weather is something of a common occurrence.

Set amongst brilliant purple bougainvillea and sky-high palm trees, the 800 or so casitas that occupy the manicured grounds fail to disappoint.

I felt I had stepped back in time, as if I was drinking martinis with Frank or gossiping with Greta.

No stranger to the stars, many have sought out seclusion at this Spanish hacienda style retreat since 1926.

One of the first visitors ever was legendary Frank Capra, who wrote “It Happened One Night”. After taking a clean sweep at the Academy Award, he declared La Quinta his good luck charm, wrote another hit….You may know it, “It’s a Wonderful Life”, and shared his secret with his influential friends.

There is a definite vintage feel with many of the casitas still in their original settings from 1920’s. Across the grounds spread 41 Swimming pools in total, 3 restaurants and a spa and yet you can feel like you are the only one on the estate at times. None of that overcrowding you would find in the big smoke.

Twenty6 is an American Bistro that serves breakfast, lunch and dinner but don’t wait for lunch or dinner because they are famous for serving 11 variations on the classic Egg’s Benedict and they are all good!

For something lighter on warmer days, go the Berries and Yogurt Parfait served in a mason jar. 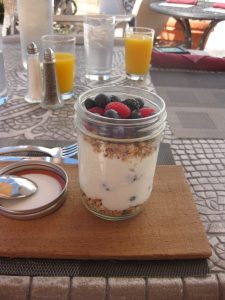 Adobe Grill offered authentic Mexican cuisine with fresh guacamole made to order tableside and I suggest the signature margaritas- but when are margaritas ever NOT a good idea.

Whether you are the outdoors type or Cosmo shopping traveller, the city of La Quinta can offer activities for both.

La Quinta is one of the American’s leading golf destinations, with over 30 golf courses and home to the world famous PGA West tour.

Also look out for the restaurant owned by notable residents and golfer, Arnold Palmer.

As for a shopping day, El Paseo has the best of both worlds, with nationwide stores and little boutiques.

And no matter which direction you look, you will always have that postcard background of the Santa Rosa Mountains in front of you framing your vision. 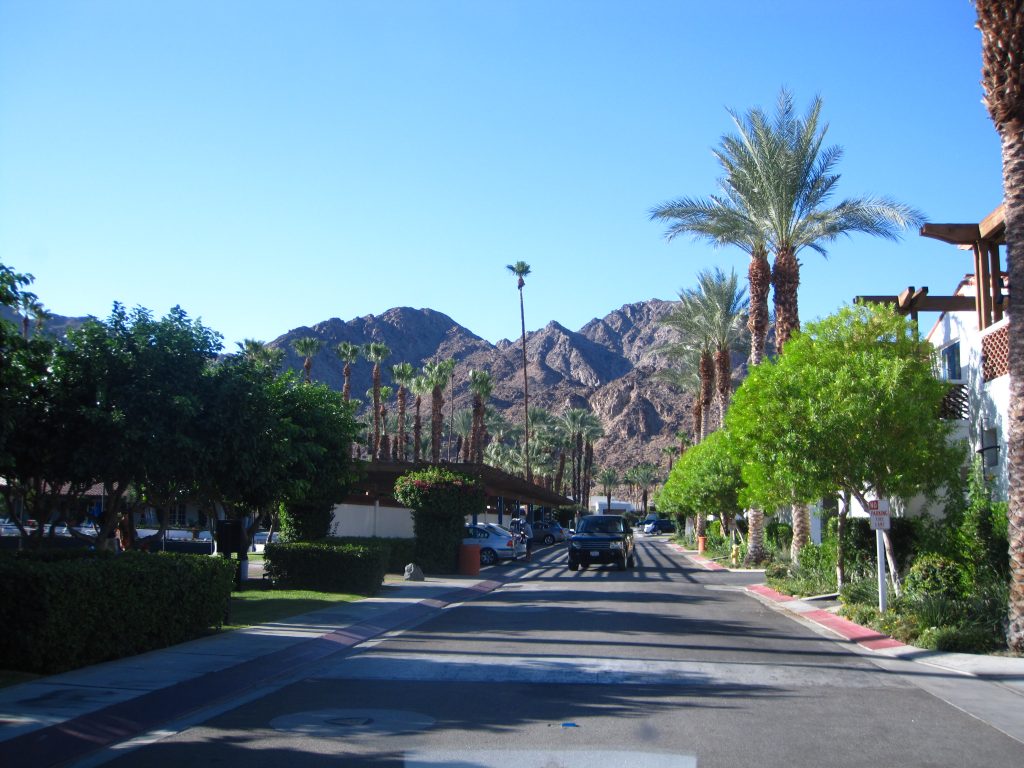